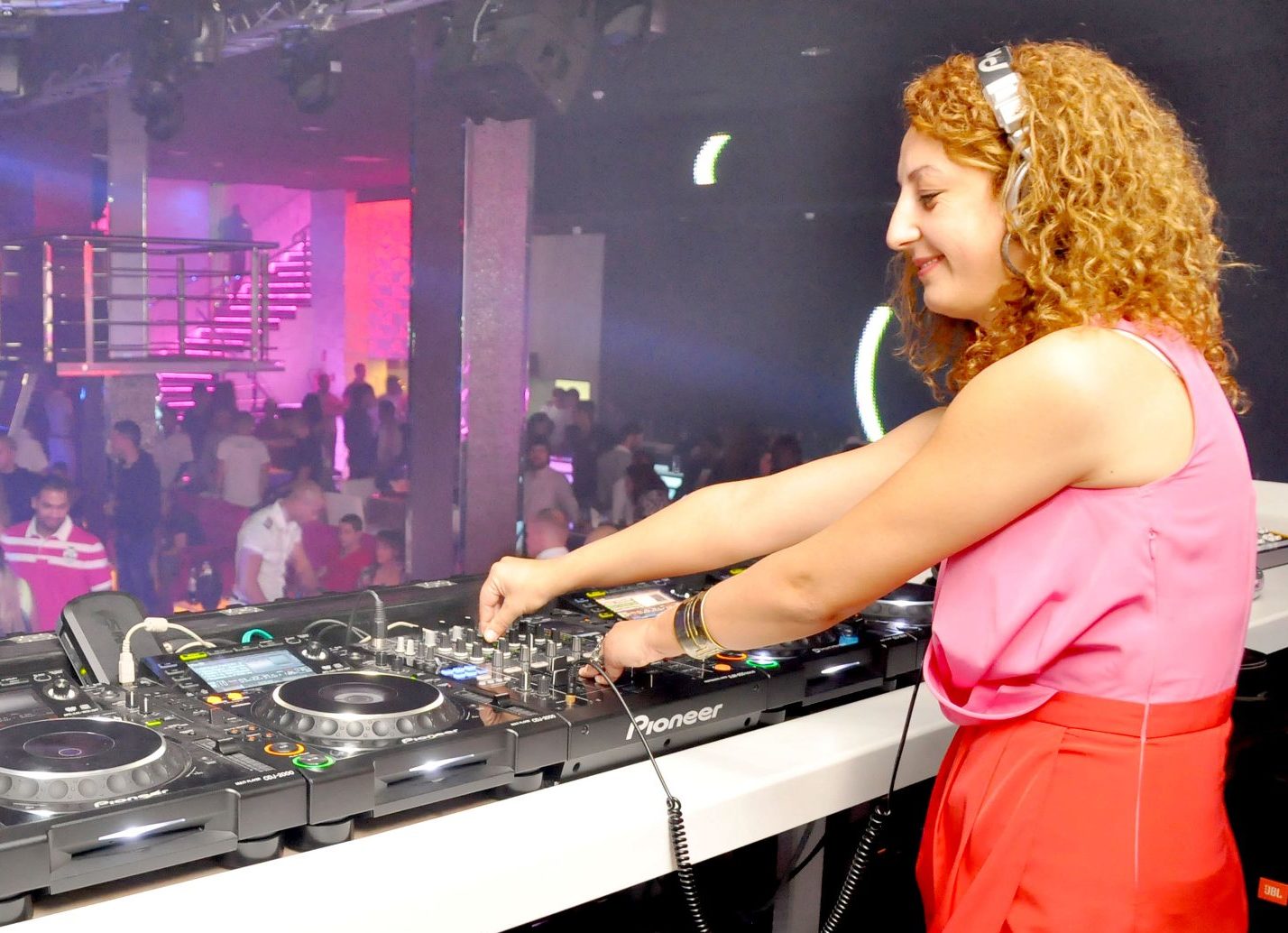 Katy M or “The queen of the turntable” as her fans call her. Musician, Music teacher, artistic agent, and House music enthusiast alike, Khadija made a name for herself as the first female DJ in Morocco and certainly among the very first in the Arab world, facing all kind of cultural challenges and obstacles.
She then spent many years playing at all the major local night clubs, Festivals, holding multiple residencies including a 5 years residency at the top radio station in Morocco, “Hitradio”. She was also invited to the international festival “Mawazine”.
Katy M managed to soon become a national icon open-format Dj with Multi-styled, from the classics to the latest hits, she specialized in electro acoustics but without losing her ability to play for different tastes.

After 13 years of brining joy and happy vibes to people, she decided to pursue her musical studies which resulted in her becoming a music theory and piano teacher while also dedicating more of her time to support and guide young artists.

After fulfilling her dream in teaching music and supporting young talents, it became time to make her come back as a full time DJ, which is a life time passionate for her but this time on an international level. The first step was becoming a resident at a Canadian radio station “Groove Station Canada”, while her next move will be to play in international clubs and festivals.