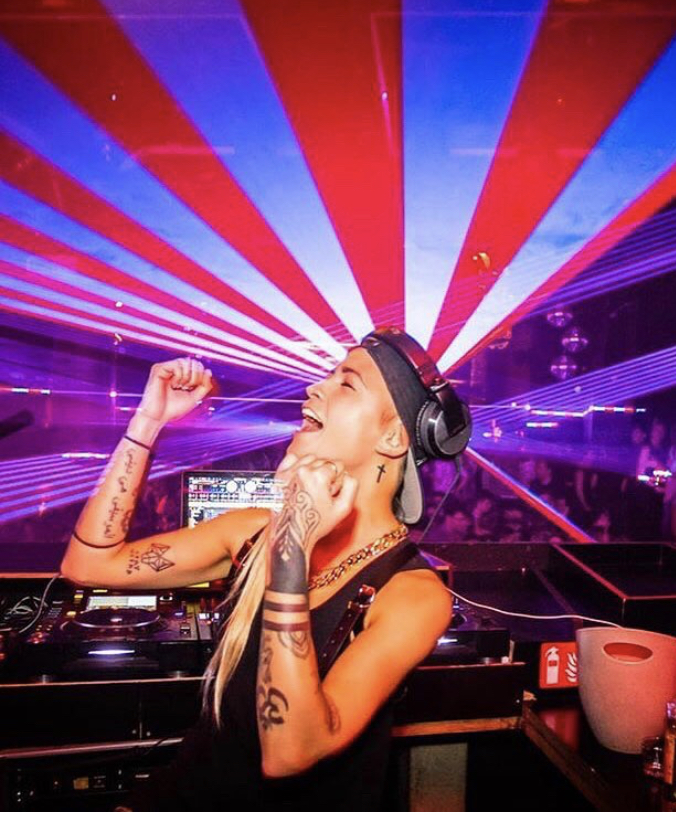 There are few more fierce Djs in the world than the international DJ Izzy. With serious skills in the booth and a natural MC, be prepared to be wowed by her huge stage presence and style. Izzy is an Indonesian Irish classically trained musician who roots her club sound in electro but also plays a wide sphere of influences, including sounds from the worlds of Hip Hop, House, RnB, EDM, Trap and Drum and Bass. And mixing them all together seems to be her forte. Big on the London scene, this young yet fast rising star has had a busy few summers since arriving on UK shores playing all the major festivals and also lining up as the one of the few female DJs to headline the Holi Colour Festival on its international tour, playing to crowds as big as 30,000 people.

Her energy and ability to play to the crowd makes her the go to DJ for many top brands and international companies, Izzy has played for brands such as Bulmers, Strongbow, Smirnoff, Elite Models and Adidas. She has Dj’d along side Benga, Nervo, Dubvision, 99 Souls, Dubrocca, Clubbusters, Schluck Den Druck, opened for MNEK, Peaches, Mr Hudson, Neon Jungle.

Izzy is also a studio producer who first released her Joan Jett remix in 2015 and received 21K views. She’s gone on to remix more of her favourite tracks into dance style cuts, often working in her own real guitar playing skills. She was also a part of five piece classic rock band The Brink, who have recently signed to Frontier Records and released their album Are You With Me