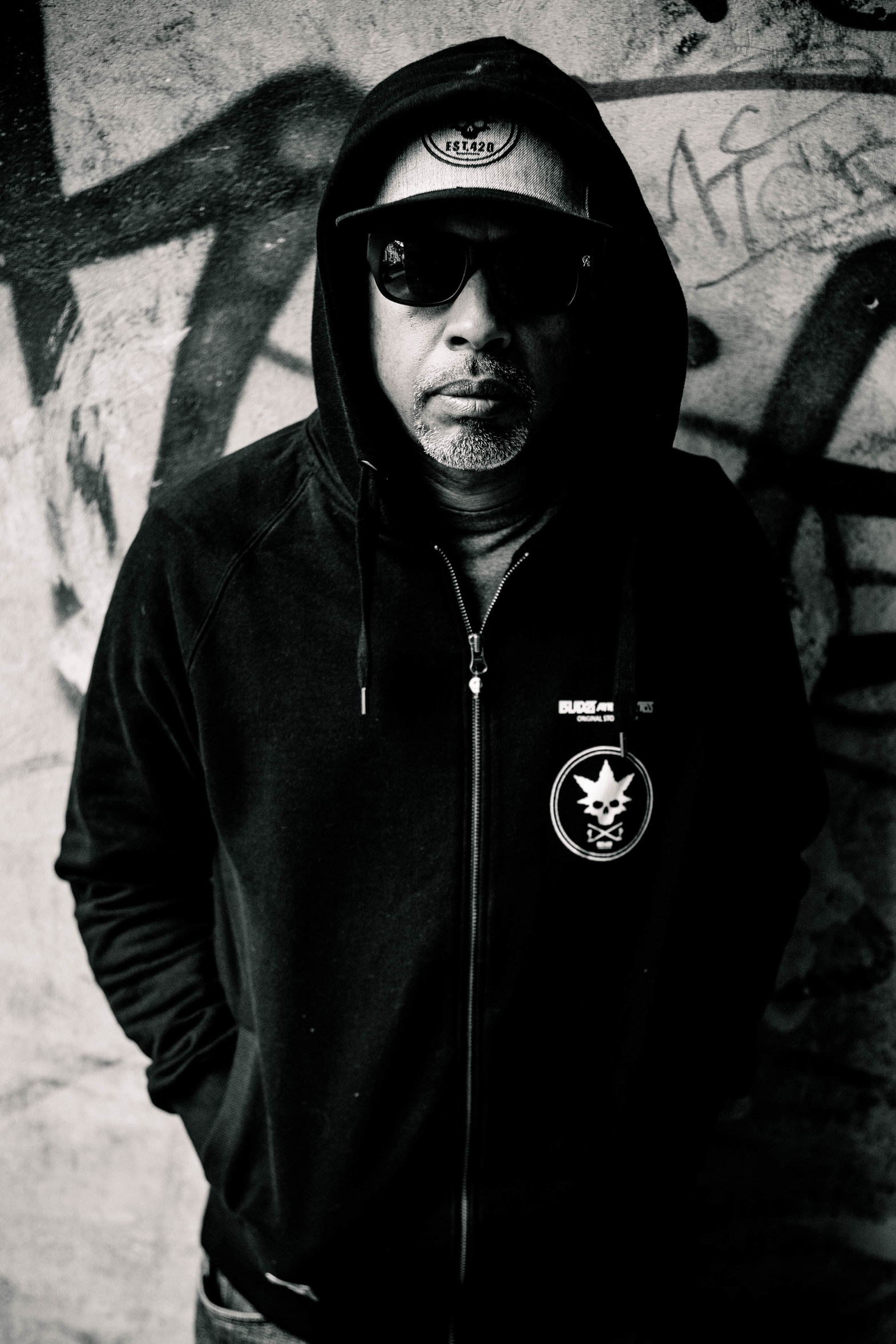 An iconic act to rap fans worldwide, Cypress Hill are arguably the best Latino-American hip hop group of all time, and were the first of their kind to earn platinum and multi-platinum discs.

Best known for tracks like Insane in the Brain, Hits from the Bong, How I Could Just Kill a Man, and I Ain’t Goin’ Out Like That, Cypress Hill just released their new acclaimed album ‘Elephants On Acid” and are getting ready to release their next full album produced by Black Milk.

As a member of the multi-platinum recording group Cypress Hill, percussionist Eric has made his impact on the culture, producing and performing some of hip-hop’s biggest hits. Having shifted more than 20 million during the course of their career, Cypress Hill is America’s bestselling Latin Hip Hop band ever.

Eric, son of Latin Jazz legend Willie, made his first public appearance at the age of five, performing on stage with his father. When Eric was 15, his father passed away and he took over his Latin jazz band for a full year while still in high school. From there Eric joined the Beastie Boys on their national “Check Your Head” tour and recorded with them for theirIll Communication and Hello Nasty albums. A case in point is the Beastie Boys hit Sabotage, which he co-produced. He toured the world with the Beastie Boys from 1992 till 1998.

Then he joined Cypress Hill as their percussionist for their world tours, splitting time between both groups. As the Beastie Boys began taking major touring breaks, Eric became an official full time member of Cypress Hill at the historic festival Woodstock in 1994 and has toured and recorded with the group ever since. Throughout his career, Eric has been known for recording and performing with a large variety of leading artists including The Black Crowes, 311, Gnarls Barkley, Rage Against the Machine, Fort Minor and Ella Fitzgerald. Moreover has Eric been highly successful with his own groups such as Cypress Junkies with Dj Rhettmatic and Ritmo Machine’ with Cypress Hill’s members – rapper Sen Dog (vocals) together with Psycho Realm’s lead rapper Sick Jacken (vocals) and Chilean mix-master Latin Bitman.

This is most definitely one show that you do not want to miss. In addition they are available for global dance music (house, latin) club shows.