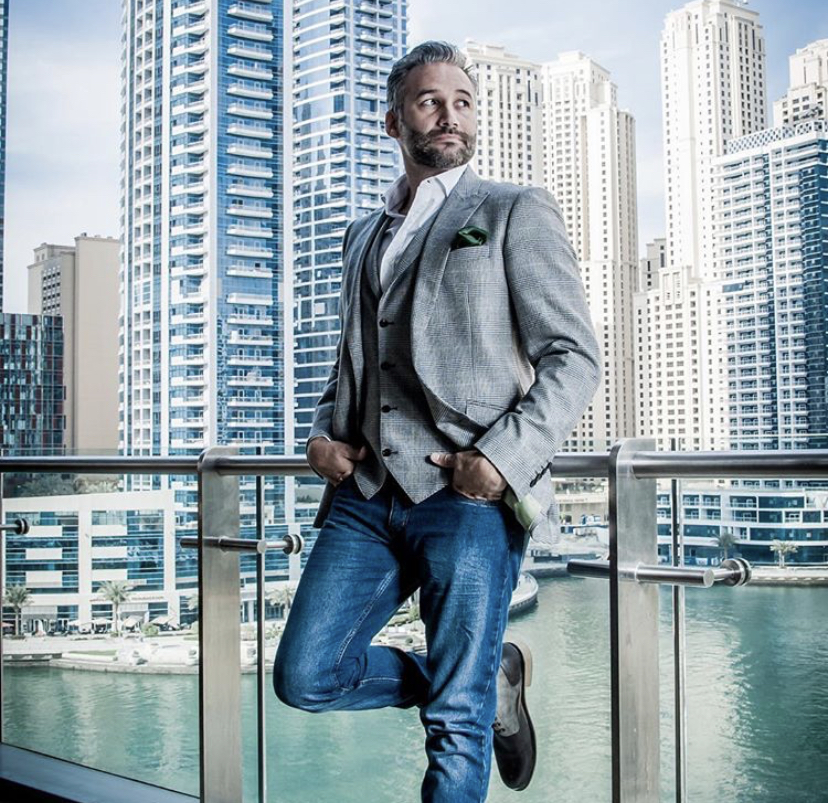 Whoever coined the phrase “Celebrity DJ” was definitely NOT talking about Dane!

Although Dane has been a household name in the UK for over 15 years, he has still managed to maintain a level of credibility and respect as both an underground and commercial DJ. Having played for huge names like Ministry of Sound, Gatecrasher, Twice as Nice and Glastonbury, Dane is diverse in his musical tastes as well as what genre of music he plays.

Dane’s career in music started out as a DJ from the age of 15 where he was the resident DJ at Streatham Ice Rink. He followed his father’s footsteps who was one of the founding DJ’s on pirate soul radio station “Radio Jackie”. Dane’s connection to music is quite simply “In his blood”.

More well known for his time in Platinum selling RnB group Another Level, and from his groundbreaking single with Victoria Beckham (Out of your mind), Dane has worked with some of the giants in music history. He has worked with the likes of Jay Z, Kelis, Wyclef, Frankie Knuckles and Janet Jackson. More recently Dane was featured on ITV’s The Big Reunion as part of new Super group 5th Story. In 2014 he will be touring all of the biggest arenas in the country on a UK tour.

From the west end of London and most of the major clubs around the UK, to Marbella, BCM in Majorca and Esparadis and Eden in Ibiza, Dane has travelled and played around the world.

Summer of 2015 saw him undergoing a KISSTORY residency in Ibiza’s brand new super-club GATECRASHER. Appearing once a month where he performed an exclusive DJ set including a live PA in each set.

2015 saw his debut in Las Vegas where he played for Aria at their pool party Liquid.

In 2016, having played at various clubs in Ibiza every year, (the first being over 15 years ago!) Dane decided to spend his first ‘season’ in Ibiza having residencies in well-established bars and clubs (Plastik, Swag, and EDEN to name a few). Having a successful season and proving that he stands up as a credible DJ, Dane turned heads and opinions proving that he is not just a ‘famous face’. Danes skill set lies in being able to play in a credible House club one minute and then moving to an urban club to play a different ‘killer’ underground set within the space of 5 minutes!! In EDEN Dane played alongside huge names like Lethal Bizzle, The Section Boyz, Luck and Neat, Tim Westwood and Kano. Playing house, garage, grime, RnB and Hip-Hop throughout the season.

The winter of that same year took Dane even farther a field playing residencies in Dubai and Thailand. Securing his own Ladies night in Pier 7 in the heart of Dubai Marina, Atelier M Bar and Lounge became home, as he turned every Tuesday into the best Ladies night Dubai has to offer. His lead to being asked to play at several Dubai venues including Nasimi Beach -Atlantis Hotel, Lucky Voice, Casa de Cuba – Abu Dhabi and Yas Viceroy Hotel for the Formula 1 Grand Prix – Abu Dhabi. Dane also weekly hosts the world’s biggest Yacht brunch onboard the Mega Yacht Lotus. He quickly stamped his mark onto the Dubai nightlife scene and the community in general, as he was asked to feature in Ahlan Magazine Hot 100 (Dubai’s major magazine publication where the “Hot 100” and most influential people in Dubai are featured every year). He also appearing in Cosmopolitan Magazine’s Bachelor of the Year and was given his own weekly OK Magazine Column (Dubai’s other major publication). He then moved on to having a column in even more popular Ahlan! Magazine.

“Music for me has always been a part of everyday life. I love all types of music, which I feel has really helped me as a DJ. I like being able to play Deep house, and Electro bangers one night, and then mix Hip-hop and RnB tracks in with a rogue Jackson 5 classic the next!! I like to mix it up and for people to leave the club feeling they have never heard a set like it before”