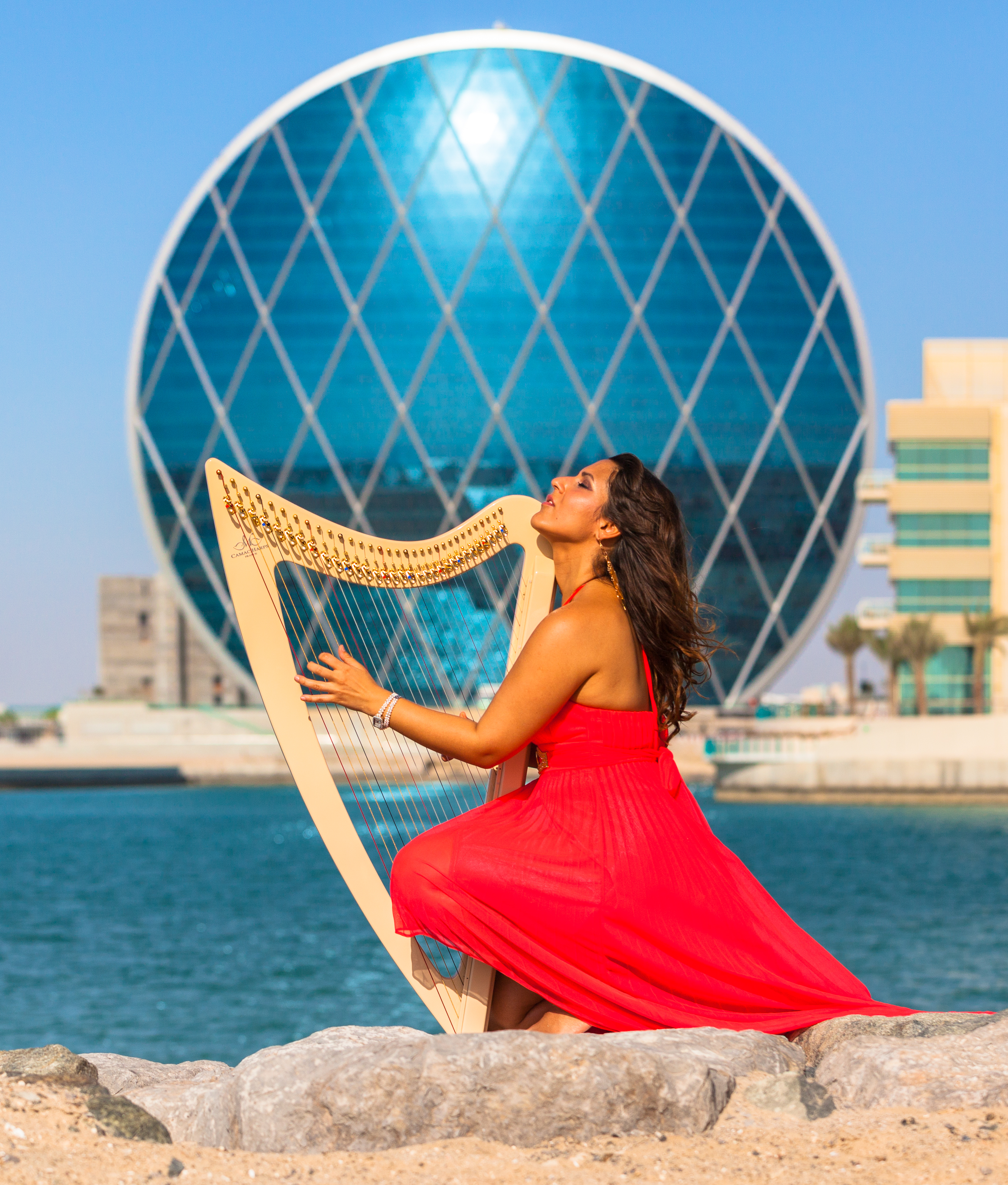 Alejandra has established herself as one of the most prominent harpist today performing as both an orchestral musician and a concert artist. Gaining international recognition for her charismatic performing style and diverse repertoire, Alejandra has performed extensively in many countries like Bahrain, Qatar, Lebanon, UAE and travelled around the world presenting recitals that showcase a wide diversity of harp repertoire at the age of 22.

A native of Argentina, Alejandra started her studies of harp at the age of 7 years old at the Conservatory of Music of Bahía Blanca, province of Buenos Aires. Where she received her Bachelor and Masters degrees of Music with the highest distinction.  Since 2007 She has performed as soloist in so many 5-star hotels around Middle East providing her music for thousands of overseas guests and visitors.  As well as a concert performer, Alejandra has shown many audiences around the world including her country that she performs all-round solo recitals with just her and her harp.

“My goal is to make the harp better known as a solo-instrument, with all its possibilities, which are often still unknown with the wider audience.”