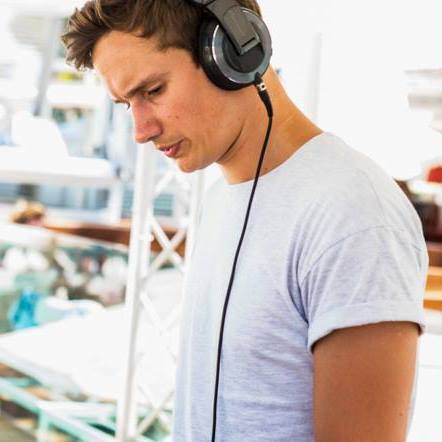 Tom built his reputation on residencies at some of the UK’s most revered nightclubs, including Digital Newcastle, Cosmic Ballroom and MINT Club in Leeds. Breaking into the scene by winning a string of DJ competitions; Unica, Pukka Up and Size Matters, he’s supported some of the world’s biggest DJs: including closing sets for Erick Morillo and Mark Knight, playing alongside Steve Angello at his Size Matters Festival, and going back to back with Sonny Fodera at Digital.

His first big break came through his residency at Hau5, which lead to weekly capacity gigs in Newcastle, Sheffield and Middlesbrough, as well as seeing Tom join the likes of Chase & Status, Sigma & Robin Schulz on the main stage at Hau5: The Festival. He has also established himself on the international circuit, with bookings at Amnesia in Ibiza, the White Hub in Chamonix, headline sets at Blackout Music Festival in Malta, and six consecutive seasons in Mallorca playing for luxury party brand SINTILLATE, with weekly residencies at Nikki Beach, Key West and Pacha.

Tom’s first forays into music production led to being signed by Mark Mendes’ STARTER Records, with early support from Kryder, Simon De Jano & Paris & Simo. He has also stepped outside of the DJ booth, launching his own series of parties “KINGDOM” alongside co-founder Adam Christie, with a focus on supporting homegrown talent, with past guests including Lee Walker, Elliot Adamson and Jerome Price. This project spawned a run of live stream broadcasts that attracted thousands of weekly viewers.

Having relocated to Dubai in 2017, Tom quickly landed a residency at Azure Beach, and played across the city, including sets at Mahiki and Asia Asia. Teaming up with two friends he also set up his own business, The Mixer, providing DJs, sound & lighting equipment hire for both the private and corporate event market. Through ‘The Mixer’ he landed gigs playing at the Abu Dhabi F1 Grand Prix, as well as playing at the Atlantis on NYE.