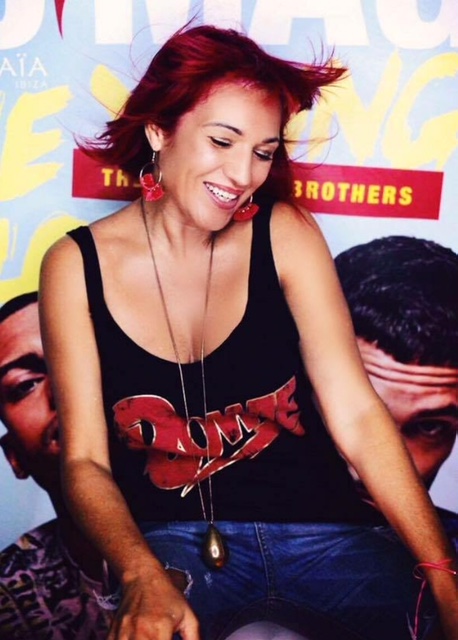 With an illustrious career that has taken her all over the globe, Simonne’s education has always been deeply rooted in music. She studied performing arts at the elite McDonald College of Performing Arts in Sydney, and appeared on the successful TV show ‘Young Talent Time’, which aired on prime time TV in Australia for many years and produced international stars such as Danni Minogue and Tina Arena. Simonne then moved to London to complete her degree in music at the Thames Valley University. The Australian native hails from Sydney and has accomplished much to be proud of as a Singer/DJ and Entertainer.

Simonne’s extensive career has taken her to some of the biggest clubs in New York, Ibiza, Miami, London and Sydney, Europe, Asia, the Middle East, Russia, and the USA. Some highlights of Simonne’s career include long term residencies singing at legendary Ibiza clubs including Space, Pacha, Amnesia and Privilege, the Miami Winter Music conference, the main stage at the Creamfields Festival in Abu Dhabi, sharing the main stage with Tiesto, Tinie Tempah and Laidback Luke.

Simonne also cherishes performing solo at the Sydney Opera House in her hometown city of Sydney. Simonne is the lead vocalist for the ‘Ibiza House Orchestra’, a 14-piece orchestra which combines classical music with house classics. They have performed at some of the most illustrious events in Ibiza including the IMS Music Summit, Ocean Beach and Space Ibiza, as well as Zero Gravity, Dubai.

Simonne has performed alongside some of the house music industry’s biggest names including Erick Morillo, Roger Sanchez, Tom Novy, Carl Cox, Jocelyn Brown, and Barbara Tucker, to name but a few.

Simonne is also an accomplished songwriter, and wrote and sang the vocals for the Subliminal Record’s hit ‘Feels Alright’ which has since appeared on dozens of compilations including Hed Kandi’s Beach House, and also featured on Hed Kandi’s ‘Anthem’s and Artwork album last year, as well as many other tracks which you will find in her discography.

Simonne has many strings to her bow. Her vocal and musical versatility has enabled her to successfully work in a career spanning over almost 2 decades