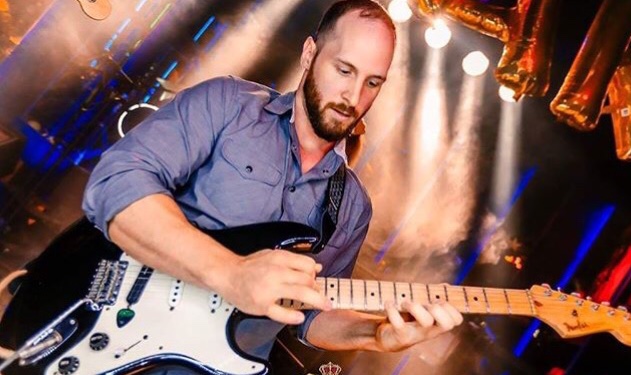 Matt is a professional singer & guitarist from America.
Since 2009 he’s toured all over America & many parts of the world including: (Southeast Asia, Europe, South America & UAE).

Able to cover a wide range of artists for whatever the situation calls for.
Specializing in artists as: (Stevie Wonder, Maroon 5, Ed Sheeran, Eric Clapton, Bruno Mars, John Mayer & more).

Known for his lead guitar playing in “top 40” bands across the UAE. His vocals are versatile, stylistic & top notch.

His live show is unique, as each song is portrayed with emotion & originality.
Making for an intimate experience you’ll want to hear time & time again