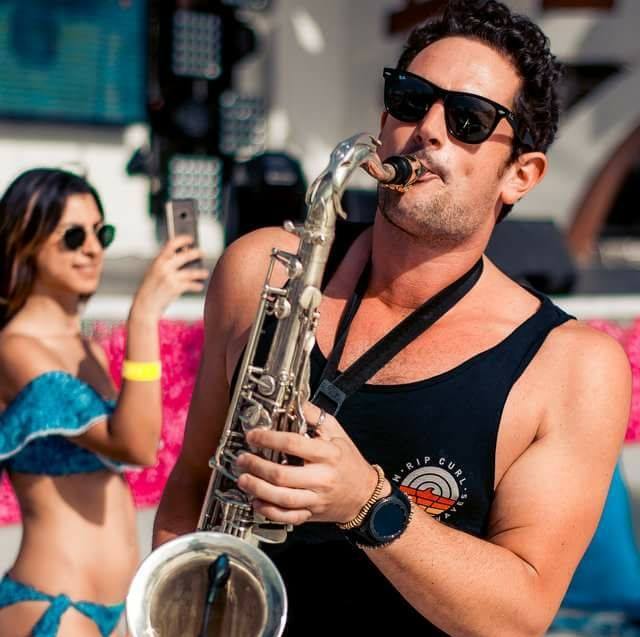 Starting his professional and formal career studying music in Los Angeles California, Matt’s experiences and travels have led him to be a sought after Saxophonist/Musicians since his arrival in the UAE. Since receiving an Outstanding Soloist Award from Famed NYC Trumpeter Wynton Marsalis in 2004, Matt gained the attention of World Class Music Conservatories such as The Julliard School, The New School for Jazz & Contemporary Arts, UArts Philadelphia, USC and UCLA.

Having always been inspired by America’s only true art form, jazz music, Matt moved to NYC to study and receive a degree in music. While in NYC he performed at some of the worlds most sought after venues ; BB Kings Times Square, Avery Fischer Hall, Dizzy’s Club Lincoln Center, The Leopard Lounge and Fat Cat Jazz. Before coming to Dubai, Matt was touring the world on 2 different Celebrity Cruise Ships playing for over 3000 people a night, while visiting over 24 countries.

Since his arrival he has become popular for his ability to improvise while playing with Djs and has done it with notable Djs and venues and is a current Resident of Dubai’s most notable electronic music venue Zero Gravity & Shangrila’s iKandy Ultralounge.