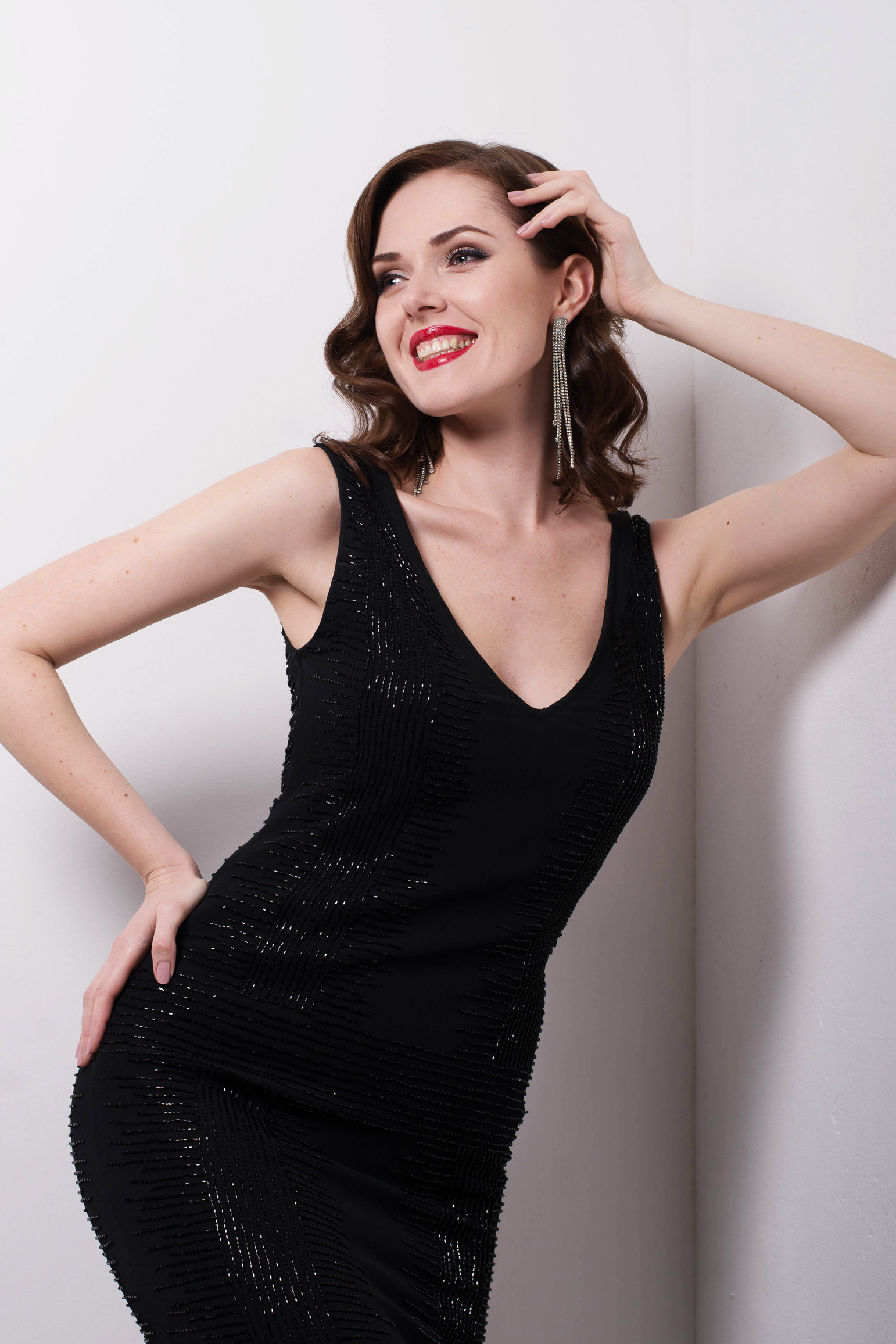 Kateryna was born in Ukraine. Singing was always her passion. At the age of 6 Kate started taking part in concerts around the town as a member ofthe Kids Vocal Group at the Local Palace of Culture.

When she became a student of the Pedagogical College, she also joined a college vocal-studio named “April”. For next 4 years she performed at students’ concerts and at events around the town and region. While studying she won the freshmen talent competition in a vocal nominee and a regional “Students’ Spring“ talent competition. Being really passionate about singing and performing on stage – since the 3rdyear at the College she as well attended the Show-Group “Molodost’”, at the Local Palace of Culture, where young people were taught to sing, dance and act, creating really spectacular shows with ballet and impressive costumes.

Straight after graduation Kate was proposed to replace the show singer on a cruise vessel in the Aegean Sea. This was her first job and she signed 4 contracts with the same company (Louis Hellenic Cruises, M/V Orient Queen – 2007, M/V Cristal – 2008-2010). After the last one she decided to stay in Ukraine to study tourism at the university, but continued to work as a singer at restaurants and pubs in the native town.

In 3 years of work and study in Ukraine, her another passion – traveling made her look for new opportunities of work abroad, and she went to see Asia – at the beginning of 2014 she came to Malaysia to work at the IBEAM night club and the Play piano bar in Batu Pahat with 2000 Entertainment group. After that was China and a Panda Entertainment Agency (2015) – work with dancers at the REX nightclub in Shijiazhuang and the May Flower Bar in Jilin. The same year she also had a chance to visit Northern Cyprus for 2 short contracts at Merit Lefcosa Hotel & Casino (work in trio) with TOP D­­J Booking agency.  Later she came back there 2 more times in 2017. 2016 and 2017 were the Turkey years – during both summer seasons (6 months and 4 months) she performed in different 5 star hotels around Antalya, with the Energy Entertainment. In 2018 she visited Aqaba, Jordan (work at Kempinski 5 star Red Sea), and in 2019 – Dubai, UAE (at Jebel Ali 5 star Resort) and Bangkok, Thailand (Lebua at State Tower).

She’s always in search of a nice place, to enjoy her work, singing elegant, beautiful lounge music, and to bring the best positive emotions to everyone around.