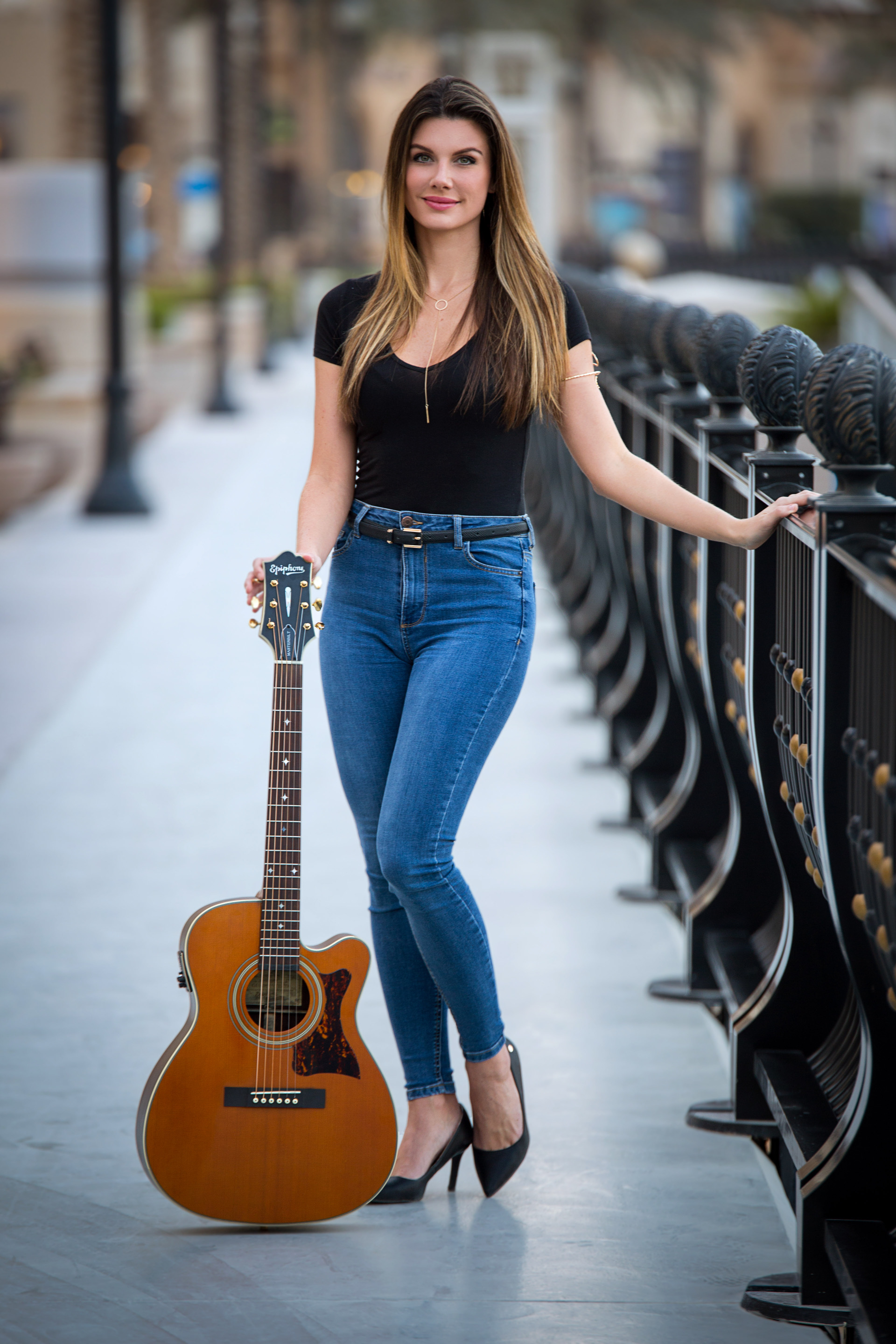 American singer Jessica was born and raised in Baltimore, Maryland. She got her start in music when her mother bought her an acoustic guitar for her 12th birthday. Jessica’s father, piano player/singer Keith Gibson, had always had a very big influence on Jessica, so it was only natural that she follow in his musical footsteps.

At 19 she ventured out west to California where she played many gigs in San Francisco coffee houses, restaurants, and songwriting competitions. San Francisco was an amazing time for Jessica, however in addition to music, she’s always had a very strong interest in Asia. So at 21 she was off to Shanghai, China to pursue her ongoing interest in the east!

Jessica studied Mandarin Chinese in Shanghai for two years. Her first year was spent at the Shanghai Conservatory of Music Chinese language department, and the second year she was granted a China Government Scholarship to study Mandarin at Dong Hua University.

During her time in Shanghai she met many musicians, and started to perform all over Shanghai and surrounding areas. Some of her performances were solo guitar/vocal style while others were with very diverse bands with members from all over the world.

Jessica ended up spending three and a half years in China working with music, until she was offered a job performing in a Jazz/Ballroom Duo for Princess Cruise Lines in 2013. She had a wonderful experience performing, and traveling all over the world working for Princess for one year. She was then offered a new opportunity to sing in a 7 piece Top 40 party band at the Venice Hotel in Shenzhen, China followed by a 4 month residence at the beautiful Galaxy resort in Macau.

Jessica is currently performing live in Qatar and has completed contracts with the St Regis, Kempinski, and The Shangri-La Hotel in Doha, Qatar.

Aside from her extensive live performance experience Jessica has also spent a lot of time in the studio recording vocals for jingles, voice overs, and her own compositions.

Understanding musical diversity and flexibility has been Jessica’s focus over the past few years. The ability to sing many different styles and genres of music is very important to her, but this unique Baltimore born songstress won’t deny that Blues, Jazz, and soulful Pop are her strong points!