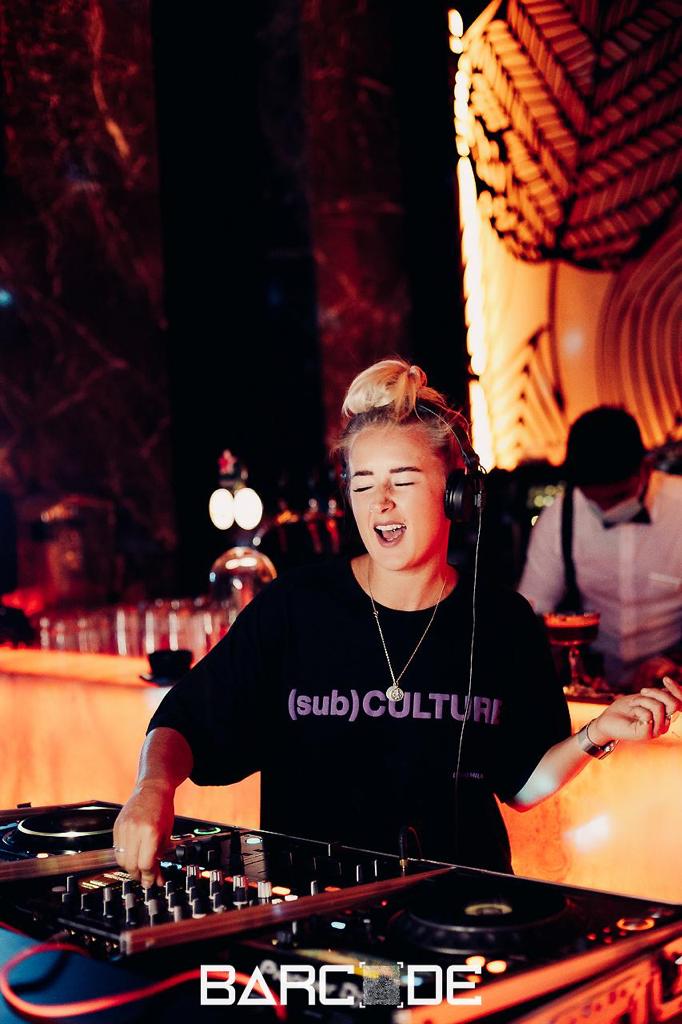 Birthed out of the beatnik streets of Brighton, Jenn fled the UK in 2012 to make a name for herself in Asia and has since played sets globally.

On the party island of Gili Trawangan/Bali, Jenn secured herself a residency as the headlining DJ on the country’s only boat party, “Jiggy”. Her ability to sellout month after month peaked the interest of club owners on the island and she soon became resident DJ in 4 of the most popular clubs.

Jenn’s ability to read minds and see through the crowd’s soul, lends her the unique skill set of making the crowd thirsty for more, and in turn, quenching the club owner’s insatiable appetite for sales per night.

After 3 years on the island Jenn was offered a residency of a lifetime in Dubai and has since then worked with some of the most prestigious clubs/beach clubs, including the likes of Cove Beach, The Palm, and Industrial Avenue. That platform, combined with her all-round unique style sparked interests and secure bookings from brands such as American Rag, Adidas, Reebok, Peroni & Lexus, to name but a few.

Now a resident at Barasti and Music Director at Atelier Robuchon, Jenn looks forward to seeing what this season has to offer.