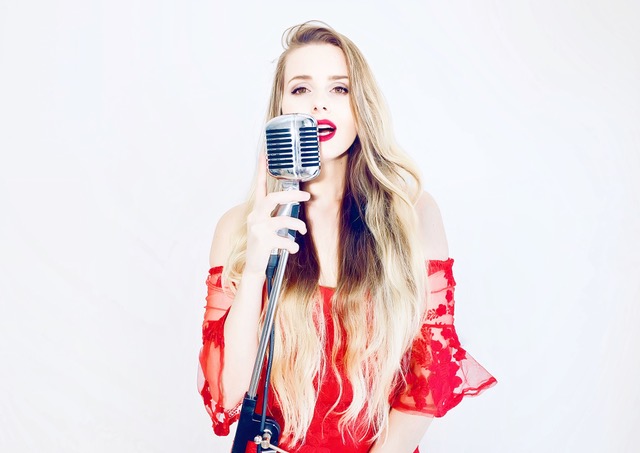 Iva grew up in Bulgaria where she began singing at the tender age of ten.
At the age of 18 she already sign her first music record deal and got the opportunity to be part of the girl band “Sahara”. The group took 3 place in Bulgarian EuroVision song contest in 2008, and performed in numerous shows and festivals such as one of the biggest Festivals in Russia and China where they sang alongside our favourite martial artist Jackie Chan in front of an audience of 30,000 people.

Inspired by UK’s favourite artists, Iva decided to tap into her true feelings and travel to London to broaden her contemporary music performance studies and share her knowledge and experience with the UK music scene where she collaborated with many artists and musicians in order to write and compose multiple songs.

In 2012 her first single “Feel like home ” broadcasted various Bulgarian TV and Radio. This brought her nomination for debut artist of the year. Her second song “Wondering” was nominated for UKSC 2013 best Pop Written Song in one of the world’s most popular international songwriting events.

After her graduation for the next a couple of years she was traveling on a tour with a bands in the Middle East and United Kingdom. In the end of this tour she came back to London to record her first album – collaboration with the international company MVO music production.