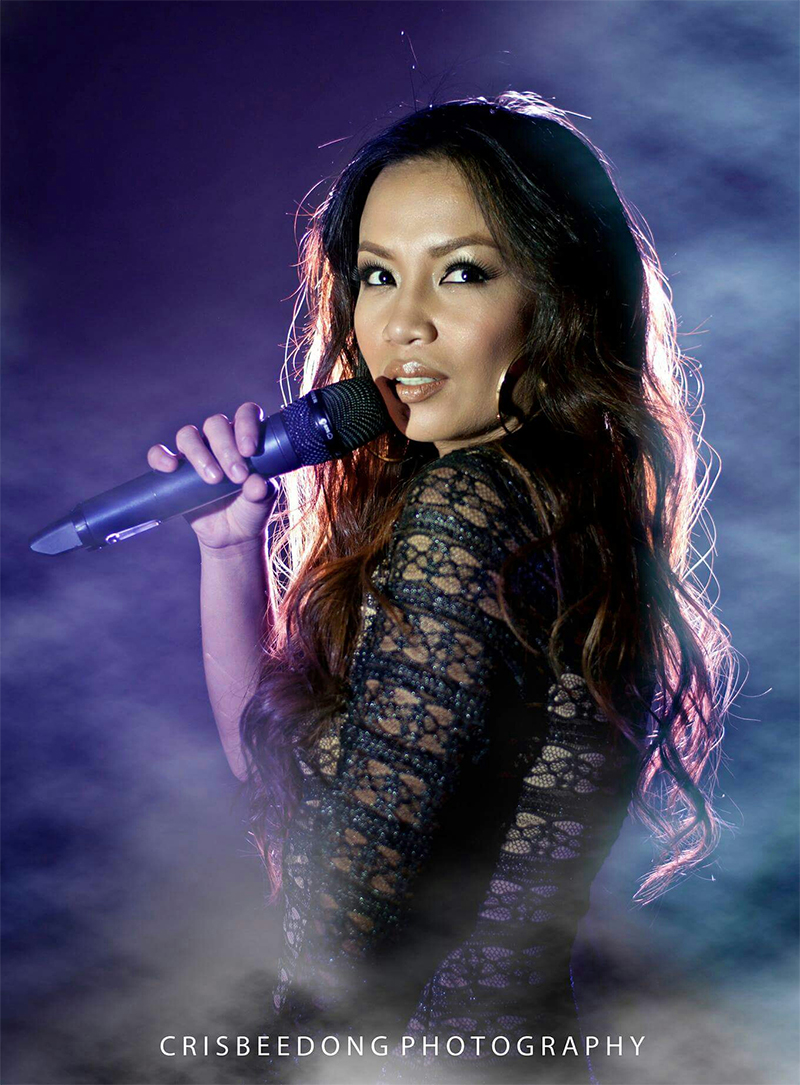 Crissy is a versatile vocalist with a wide range of repertoire. She has been doing residency and freelance gigs in Dubai for nine years and has collaborated with International musicians.

Her Voice: Incredibly strong mid-belt and head voice with practically unlimited potential. Her tone becomes even more brilliant and crystal clear on the high notes, which is a trait that is commonly heard in gospel singers. (Excerpt From Illuztrado magazine write up about Crissy)

Crissy started her career in 2009 and became one of the lead vocalist of Sodapop Band, a resident band of Jules Bar, Le Meridien Hotel, Dubai.

In 2010, apart from being the lead vocalist of Sodapop band, she also performs as a lounge singer at Pearl Bar, Le Meridien Hotel.

Crissy joined an International Trio called The Snatch in 2011 and started doing freelance gigs since.

2012 was her big break when she won TFCkat Middle East, a talent competition that brought her back to the Philippines to represent the Filipino community in the Middle East in Pilipinas Got Talent and competed until Quarter Finals. She then appeared on newspapers, magazines, several tv shows, news, in the UAE, Philippines, Japan, USA and even Europe via The Filipino Channel.

She also had the privilege to perform The Philippine National Anthem in Duel in Dubai- a boxing tournament between Philippines and Mexico which was held in Dubai World Trade Centre.

Crissy being one of the best singers in town, had the opportunity to be part of the award winning Duo, JetLag, and has performed on big events and venues in Dubai.

Her most recent achivement was when she got nominated as Favorite Professional Filipino Entertainer in the radio station TAG 91.1.

Want to hear her incredible voice?